As “Ride-Sharing” services expand and more people utilize their services that include but are not limited to young adults, caregivers with the elderly and or children, it is imperative to understand certain dangers that may be inherent with their use.

REGIUS often collaborates with other security and law enforcement professionals. One of its stronger strategic alliances is with Steve Kardian, author of The New Super Power For Women and  business owner of “Jane Jitsu” that specializes  in women’s self-defense. Steve is a 30-year law enforcement veteran and safety expert often called upon by the national media for his view points. In September of 2018, USA Today Magazine published an article he wrote and that he has again provided for further distribution and education. It has been partially edited (case studies removed) for brevity:

Beth (not her real name), a 77-year old grandmother of four, called an Uber to take her home after attending Sunday morning church services near Dallas, Texas on October 22, 2017. The suspect, Hashem Ramezanpour, 41, abruptly pulled over minutes away from her Fort Worth home and sexually assaulted her in a wooded area. Afterwards, he drove her the rest of the way without saying a word.

According to online records, he surrendered to police officers and has been charged with aggravated sexual assault on an elderly/disabled person. He is being held on $100,000 bail. Beth has filed a lawsuit seeking more than one million in damages against San Francisco-based Uber and the suspect.

As the popularity of ride-share companies continues to increase, so do criticisms about the safety of using them as an alternative to taxi and limousine services. They have garnered the attention of the media and the public, in addition to that of trade and safety organizations. Some celebrities are speaking out as well.

Earlier this year, Pamela Anderson partnered with Promoting Awareness Victim Empowerment (PAVE), a non-profit organization that works to prevent sexual assault and heal survivors through social advocacy, prevention and education, to create a powerful public service announcement about the dangers of ride-sharing. 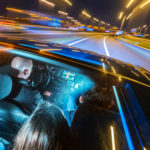 Safety advocates claim that using an app to call a driver can put riders in danger due to decreased regulation and minimal background checks on individuals who apply to become drivers. Neither Uber nor Lyft use fingerprinting or law enforcement to conduct criminal history or background checks. Uber does not even meet with drivers in person before they allow them to pick up passengers. This lack of security results in improperly vetted drivers and allows some, with criminal records, to slip through the system.

According to Mitch Gidder, a Certified Protection Professional (CPP), Licensed Private Investigator, and President of Defender Security Services in New York city, the ride-share companies are using public databases to conduct background checks. According to Gidder, state laws about the storage and availability of arrest records vary from state to state, frequently making the information on these sites incomplete. When conducting background checks for his clients, Gidder often travels to the jurisdiction where a prospective employee was arrested to obtain accurate arrest information.

Earlier this year I appeared in a segment on the Dr. Oz Show about ride-sharing with civil rights attorney, Lisa Bloom. Part of the segment included an undercover mom, Marceia, posing as prospective Uber driver. A mother of two busy teenage sons, Marceia was considering ride- sharing as an easy and affordable way to get her kids where they needed to go. Like all parents, she wondered: How safe is it? To find out, she decided to put the registration process to the test, logging in on the Uber site to see how difficult it was to become a driver. The process was simple and conducted entirely online. Marceia had to meet the following requirements:

She was also required to have at least one year of driving experience in the U.S. (three years are required if you are under 21 years of age). The car cannot be more than ten years old, and must be a four-door. Upon completing the Uber driver application online AT WHAT TIME?, she received a text at 4:29 pm from Uber: “Welcome! To complete your Profile visit http://partners.uber.com/drive-now. For important texts, stay subscribed or reply STOP to stop receiving texts.”
The following afternoon she received a text stating the following: “Congratulations Marceia! Your account is now active. You can start driving now or ask me any questions if you have them. Reply yes to chat.”
Within 23 hours, she had been approved to be an Uber driver. There was no interview (in person or by phone), the process occurred entirely online, and she received a text message confirming her approval.
In her interview with Dr. Oz, Marceia said that she no longer feels the sense of security she falsely felt before applying and that she doubted that she would continue to use ride-share services. 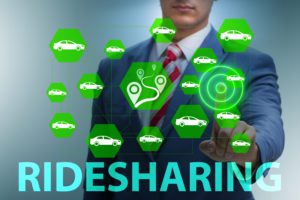 The taxi industry, which is heavily regulated in some states, is one of the most prominent organizations to be critical of ride-sharing services. Take New York City for example. Here are the regulations for New York City taxi drivers: https://on.nyc.gov/2OcW9hd. Some of them include:

Some of the additional licensing requirements for limousine drivers are:

• Cars registered and inspected by the TLC every year
• Pay a registration fee of $350 each year to the TLC
• Driver required to inspect the vehicle after each trip
• Must keep a log of activity
• No one other than the TLC licensee can drive the vehicle
• Average insurance cost per car $6,000 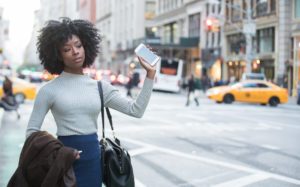 In the perfect world, you would be able to ride in an Uber with a group of your friends or at least another person you trust but, unfortunately, we don’t live in the perfect world. Men should not sexually assault or commit crimes against women; however, they do so. Here are some precautions you can take when using a ride-share.

• If you can arrange to ride with a friend or a group of friends, you should do so.
• Once you use your app to request a car, if possible, remain inside or wait with someone.
• When the vehicle arrives, check that the make and match the license plate to the information on the reservation.
• Go to the passenger side rear door (Uber and Lyft only use four-door sedans and SUV’s) and ask the driver who he is there to pick up. If it’s not your name, it’s not your car — don’t get in!
• Enter the vehicle from the passenger side rear door. Never get into the front seat. The front seat is the red zone and places you in direct contact with the driver should he have ill intent.
• Match the photo on your reservation to the driver and ensure he is the same person. Take a covert picture of the driver and text it to a friend. This photo could be used as a bargaining tool should things get complicated.
• Uber has added a ride-share option in which you can share your ride  with a friend, preferably with someone you either just left, or someone who may be where you going to, but, in any event, share the ride information with someone.
• Make this a business transaction. The conversation should not deviate from you being driven to your destination. If the driver asks questions of a personal nature, this could be a red flag. If this occurs, break the dynamic of the conversation by calling a friend, a boyfriend or someone you trust.
• If it’s late, make a fake phone call and state that you will be arriving at the time listed on your app. You can also download an app in which you can schedule a fake phone call to your cell.
• Do your best to stay awake so you can monitor the route.
• Listen to your gut. If you feel that something is wrong, it likely is. If you think the driver is a creep, then he probably is.
• If things go bad dial 911 and let someone know you need help.

Create a Blueprint for a Plan of Action

If you’re not prepared, your ability to respond to a stressful situation will be impaired. Mentally prepare a plan of action in case things go wrong.
In your mind, visualize the following:

You are using a ride-share app. You have been picked up by your driver, and the driver engages in an inappropriate conversation with you. Think of how you would respond. For example: Call someone you trust. Often that is enough to break up the dynamic and send a clear message that it is inappropriate.
The driver may then begin adding irritating factors to the scenario such as deviating from the intended route or pulling into an empty parking lot. Imagine what you would do under those circumstances. WHAT ARE YOU SUPPOSED TO DO? By creating this blueprint, or plan of action, you will be better able to respond. When you’re in a stressful situation or in crisis mode a lot happens to you, both emotionally and chemically. When your adrenal response kicks in (fight/flight), and at 114 heartbeats per minute, you begin to lose your fine motor skills. Fine motor skills include the ability to dial a phone.

He requires Isolation and control.

He already has control because you are in his car and he likely can control the door locks. The driver can attain isolation by driving you to a secluded place. If you believe you’re in danger, you most likely are. Don’t hesitate to dial 911 if you have that feeling.
If you choose to fight back, do so with full commitment to cause the predator enough injury so that you can escape.